A mere 2.5 hours east of Montreal, this capital town of Quebec City province offers a plethora of options to be entertained and mesmerized. An utterly French speaking town, where nas parle Francais may cause overwhelm, at least in the local shops and food stalls. But before even entering the city, we went to visit the beautiful Montmorency Falls, about 15 minutes north of the city.

To enter the Parc de la chute Montmorency, we paid CAD12.00 and was greeted nicely by a French speaking lady. The grandeur of the falls do not surpass that of Niagara falls, but the height and the sheer volume of water pouring down dizzy heights make the view worthwhile. We were unprepared for the chill and the possibility of getting wet, but nevertheless walked along the wooden footbridge and went closer to the falls. The ~250 feet drop that is about 50 feet higher than the mighty Niagara falls was breathtaking and the power of the water cannot be explained unless experienced from 30-40 feet away.

After getting wet, we decided to take a closer look at the falls and took the cable car ride up to the falls and hiked along the paved trail to encounter the fall from closer than you’d dare to believe.

The suspension bridge above the falls is an amazing addition and probably an engineering feat. The entire volume of water, although controlled slightly, drops in two stages and flows into the Saint Laurant river which merges into the bay near by. The operating hours are sunrise to sunset, but the park partially closes during winter. I am sure the view of the falls in the winter will be fascinating.

Upper Town and Lower Town – Quebec City, QC
It was a nice warm summer afternoon when we drove back to the cute little French town of Quebec chemins of the old town would surely bring out the poet in you. The cozy sunset glow and the aroma of fuming french roast makes you dip in the romance of the moment makes time come to a stand still. But being the time bound tourists on a mission to explore the landmarks and capture them in the handheld cameras, we made our way to the visitor center through hustling streets of upper town.
The capital city of the Quebec City province is home to multiple historic sites, museums, and most importantly the nicest people around. A leisurely stroll around the upper and lower towns while listening to French chatter, street-side musicians playing melodies in their Saxophones and Grand Pianos, and clicking of hooves in the cobblestone
With the detailed map picked up from the visitor center, and our scratchy French, we navigated the maze-like streets to multiple attractions. This city is a paradise for the avid history lover. With French written all over, it boasts a 400 year old history which by no means compares to any European city. But nevertheless it is one of the oldest of the North American cities. Although the charm of the city may distract you to enjoy music and french ice-cream time and again, we recommend the following as a must visit:

Food Scene and Nightlife:
No points for guessing how rich offerings in terms of restaurants a classic French town would have. Being the foodies we are, we managed to find some of the exquisite food options in town for all meals. Here are some key places we tried out and were mesmerized by each:
1. Chez Boulay – bistro Boreal: Has to be one of the best Nordic meals we have had. Confit Goose and Duck, and the Arctic Char were amazing. Be sure to get a reservation or get in before 7pm to avoid wait. Check Yelp reviews here.
2. Cochon Dingue – French breakfast/brunch place in lower town near the Ferry terminal. We had the french toast, and Salmon Confit benedict from the Dejeuner menu and enjoyed every bite of them. Yelp has reviews and recommendations for your aid, but if you can afford to spend some time to have brunch or breakfast check it out.

We are always up for exploring local pubs and bars to feel the local culture and experience the nightlife. So we walked a mile away from the touristy places and found a nice Karaoke bar in the city center. La Ninaksi du Faubourg did have a fantastic atmosphere with locals coming in and singing away. Beer list was exhaustive with local breweries featured in the draft. We enjoyed some melodious French songs and sang along while sipping some old school Canadian Whiskey. I am still humming some of the songs I learned there, and do recommend paying a visit if you are in town.

Accommodation:
We ended up staying in Levis, QC on the other side of the river. It is an easy ferry ride from the Quebec City ferry terminal and it costs about CAD 14 round trip for two. Our hotel in Levis – Four Points Sheraton was located close to the Levis ferry terminal too, and had ample parking space and upgraded interiors.

Additional Tips and Info:
Wi-fi: Every tourist’s worst nightmare these days is lack of data in their smartphones. QC definitely solves the problem, and along with other amenities displays how welcoming the city is to tourists. Every pub, restaurant has free wi-fi, and on the streets one can get into the city wi-fi network easily.
Restrooms: Many clean and safe public restrooms are located in the nooks and crannies of the city.
Language: It helps if you parlez Francais but no one frowned at us if we said je ne pas parle Francais. We were astonished by the locals’ ability to switch between French and English so swiftly and needless to say how courteous people are in this city.
Driving: Everyone drives in the right lane, and moves to the left lane only for passing. To an American driver, it is a sight from another planet. What a place! 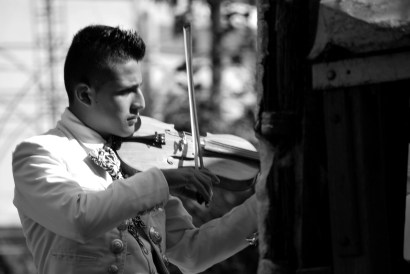